BCP Asset Management identified the Film & Television sector as an area for structural growth over a decade ago. Funds may not be available at the same time as the project incurs expenses, so BCP’s Film Finance Schemes step in to provide flexible working capital as required.

Maybe it’s a bit of “small town” mentality but growing up I always remember the sense of national pride when one of our own did something notable on the world stage – be that The Boomtown Rats topping the UK singles charts, Sonia O’Sullivan winning gold or even Riverdance smashing it at the Eurovision. This warm feeling of national overachievement also extended to the occasional Irish made box office hits such as My Left Foot or The Commitments.

Over more recent years we’ve become a little more accustomed to punching above our weight. The Film, Animation and Television sector, in particular, is one where we now have a reputation for not only producing talented people, but also being the place where international producers go to make their movies and television dramas.

We’ve come a long way since Glenroe was the biggest television or film production in Ireland! High profile projects such as The Favourite, Brooklyn, Room, Star Wars, Normal People, The Tudors, Vikings and Game of Thrones, to name but a few, show the quality of productions now emerging from Ireland.

The infrastructure behind Irish film and television production has also quietly grown substantially. We now have six film studios across the country and planning permission was recently granted for a new €150 million facility near Greystones, Co. Wicklow and a €20 million studio in Wexford. In addition, we have 24 animation studios and 22 post production studies.

The Government too has recognised the strategic importance of the sector and is looking to increase employment and grow the gross added value of the sector from €1.05 billion in 2016 to €1.40 billion. They have renewed the S481 Film relief scheme until 2024 with a commitment to extend beyond that date. It should be noted that whereas film incentives used to target individuals who invest in film & television projects, it is now a generous tax credit received by the production companies directly.

BCP Asset Management identified the Film & Television sector as an area for structural growth over a decade ago. By working with specialist advisors BCP has developed it into a core area of investment expertise for the firm. Over the last six years BCP Film Finance Schemes have provided over €23 million in finance to more than 50 projects and we have recently launched our third Film Finance Scheme.

Intuitively investing in a movie sounds risky, but that depends on how you do it. BCP’s Film Finance Schemes provide short term secured finance to fully funded and vetted projects. Producers the Schemes lend to have already sourced the finance they need to complete their project. However, funds may not be available at the same time as the project incurs expenses, so BCP’s Film Finance Schemes step in to provide flexible working capital as required.

The combination of only dealing with fully funded projects, scrutinising business plans and ensuring security is provided, has meant that to date none of the projects financed through the Schemes have defaulted on repaying capital advanced and investors have enjoyed an average annual coupon of 4.9% over the last five years.

In recent years the emergence of subscription platform services such as Apple TV, Netflix, Disney and Amazon Prime has increased the demand for content. We are watching more films and TV series, but watching them in different ways. In conjunction with this we have seen the quality and scale of projects looking for finance increase.

Wolfwalkers is the most recent project funded by the Scheme to hit the screen and is a good example of this. It is an animated fantasy adventure produced by Kilkenny based Cartoon Saloon, a four-time Academy Award ®, Golden Globe®, BAFTA and Emmy nominated animation studio. Wolfwalkers had a limited theatre release due to COVID restrictions, but the project had already secured financial certainty through a pre-sale with Apple TV where it premiered in December 2020. The BCP Film Finance Scheme provided €2,000,000 in finance to Wolfwalkers during its production and it has since been nominated for Best Animation Film at the 2021 Golden Globe ® Awards.

From an investment perspective the Irish Film and Television sector has grown from a small “cottage industry” to a global player. A decade ago investing in film was just another way to reduce your tax bill. Now, however, the sector is one of Ireland’s success stories and is attracting investors from all over the world.

Although it’s happening more often, I think we all still get that warm patriotic feeling when we see an Irish success on a high profile stage such as the Oscars ® or indeed hear of tourists travelling around the globe to see where smash hits like Star Wars or Game of Thrones were filmed. It’s a feeling we should be getting used to, but one I hope we continue to get a buzz out of for some time to come. 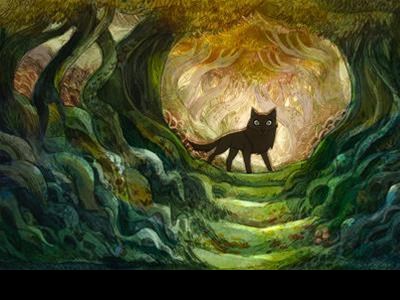 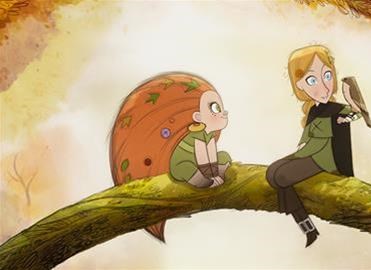